The International Day of Peace, commonly referred to as World Peace Day, is an international United Nations-sponsored holiday observed each year on 21 September. The theme of the day is “the peace we can see in the hearts of people” and is attended by heads of state, government, celebrities, and other prominent personalities from around the globe. The name of the day is derived from the declaration made by U.N. Secretary General Kofi Annan in his speech on the day: “In your hands, peace lies. Let it flow eternal.” 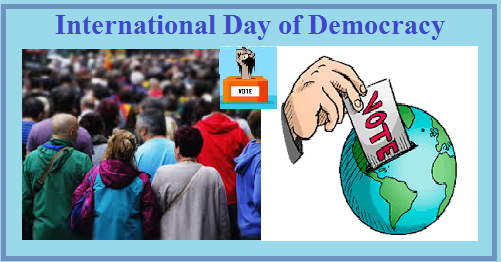 There are many reasons why a person should observe this day internationally. One is to join forces with nations and other interested groups to fight against intolerance and violence in all its forms. Since many conflicts around the globe today involve the utilization of weapons of mass destruction, it is important that people take immediate action to put an end to these conflicts. Another reason is to draw attention to the issues of world peace, which include the exploitation of natural resources, the lack of affordable housing and education, discrimination against women, and other problems that are manifested in various corners of the earth.

Those who decide to participate in the activities may include children, adolescents, teachers, artists, politicians, religious leaders, and many others. Some of the organizations that plan to extend their hand in the fight for world peace and awareness may include the United Nations Children’s Fund (UNCCF), the World Federation of NGO (WFOH), the Special Committee for Disaster Reduction (SCDR), the Red Cross, and the United Nations Office on Drugs and Substance Abuse (UOAS). As part of their contribution to this cause, some of these organizations offer special services to children and adolescents, which include the provision of immunizations, counseling, and treatment. These organizations have helped improve the lives and conditions of children around the globe through their various programs.